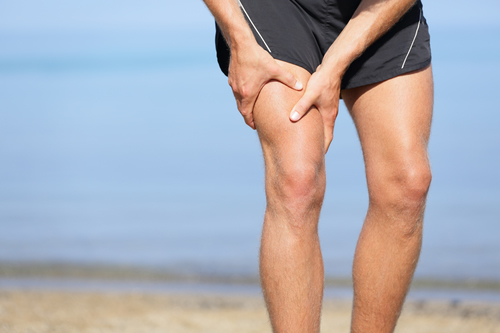 Iliotibial band syndrome is a very common injury among runners. If it is diagnosed early and treatment commences immediately the chances of it becoming a chronic condition are reduced. It responds very well to chiropractic since it involves the pelvis and related muscles. When pelvic mechanics are not functioning properly, the muscle doesn’twork efficiently which hinders flexibility and mobility. This can lead to tight muscles which may inhibit motion and cause pain. Chiropractic adjustments have been proven to help with the condition.

What is the Iliotibial Band?

The Iliotibial Band, or fasciae latae, is the outer casing of muscle that extends along the outer thigh, from the top of the hip to the outside of the knee. Iliotibial band syndrome occurs when that casing becomes thickened. It is flexed or tight when you stand; it is what keeps your let straight, allowing the larger thigh muscle to rest.

There are two primary muscles that are involved in iliotibial band syndrome, the buttock muscle, or gluteus maximus, and the tensor fasciae latae muscles. Sometimes Iliotibial Band Syndrome is referred to Tensor Fasciae Latae Syndrome and the two terms can be used interchangeably.

As the iliotibial band thickens it pulls in the area where it connects to the knee. This can result in knee pain due to the application of too much pressure on the bursa. The bursa then becomes swollen, inflamed, and painful.

The other end of the iliotibial band is inserted at the glutes so as the band tightens from this activity, it can trigger iliotibial band syndrome pain.  So, activities such as running on an incline or sports that require movement from side to side, where the gluteal muscles are heavily involved can greatly aggravate this problem.  Repeated activity further aggravates it, as does running on tight indoor tracks or uneven roads as well as having collapsed foot arches or running in inferior or worn out running shoes.

There are several symptoms that can be used to diagnose iliotibial band syndrome. Lateral knee pain (pain on the outside of the knee) is a primary symptom and often used as a key diagnostic tool. Few conditions involve lateral knee pain. Other symptoms include:

Iliotibial band syndrome is often attributed to overtraining or lack of proper stretching after activity.

If your iliotibial band syndrome is caused by a problem with pelvic or sacroiliac function, stretching alone is not likely to bring relief – and if it does it won’t last long. If the pain from iliotibial band syndrome lasts for more than two weeks even if you are only stretching, your regular exercise routine, and ice and you don’t see much improvement, a chiropractor can help.

Even if the pain is located in the knee, the problem could originate in the pelvis. A chiropractor can assess your condition, check to see that your pelvis is functioning properly. If it isn’t, spinal adjustments and other chiropractic treatments can bring the body back into alignment and make the pelvis more functional.

A good history and a detailed exam should reveal the source of the problem and in my office, I typically use a combination of therapies like Chiropractic Adjustments, Electric Muscle Stimulation and Laser Therapy, Dry Needling and Medical Massage to yield the best results in the fastest time frame possible.  That said, if your problem has existed from more than a few months, it will likely take 3-4 weeks of aggressive therapies to get the IT Band healed properly.

Dr. Hoch (pronounced Hoke), is a 1988 Graduate of Peotone High School and a 1990 Graduate of Joliet Junior College. She Received both her B.S. in Human Biology (1991) and her Doctorate of Chiropractic (D.C.) (1993) from The National College of Chiropractic in Lombard, IL. She also received her graduate and post-graduate certifications in Acupuncture from NCC. This article is copyrighted and may not be copied or duplicated in any manner including printed or electronic media, regardless of whether for a fee or gratis without the prior written permission of Dr. Hoch.