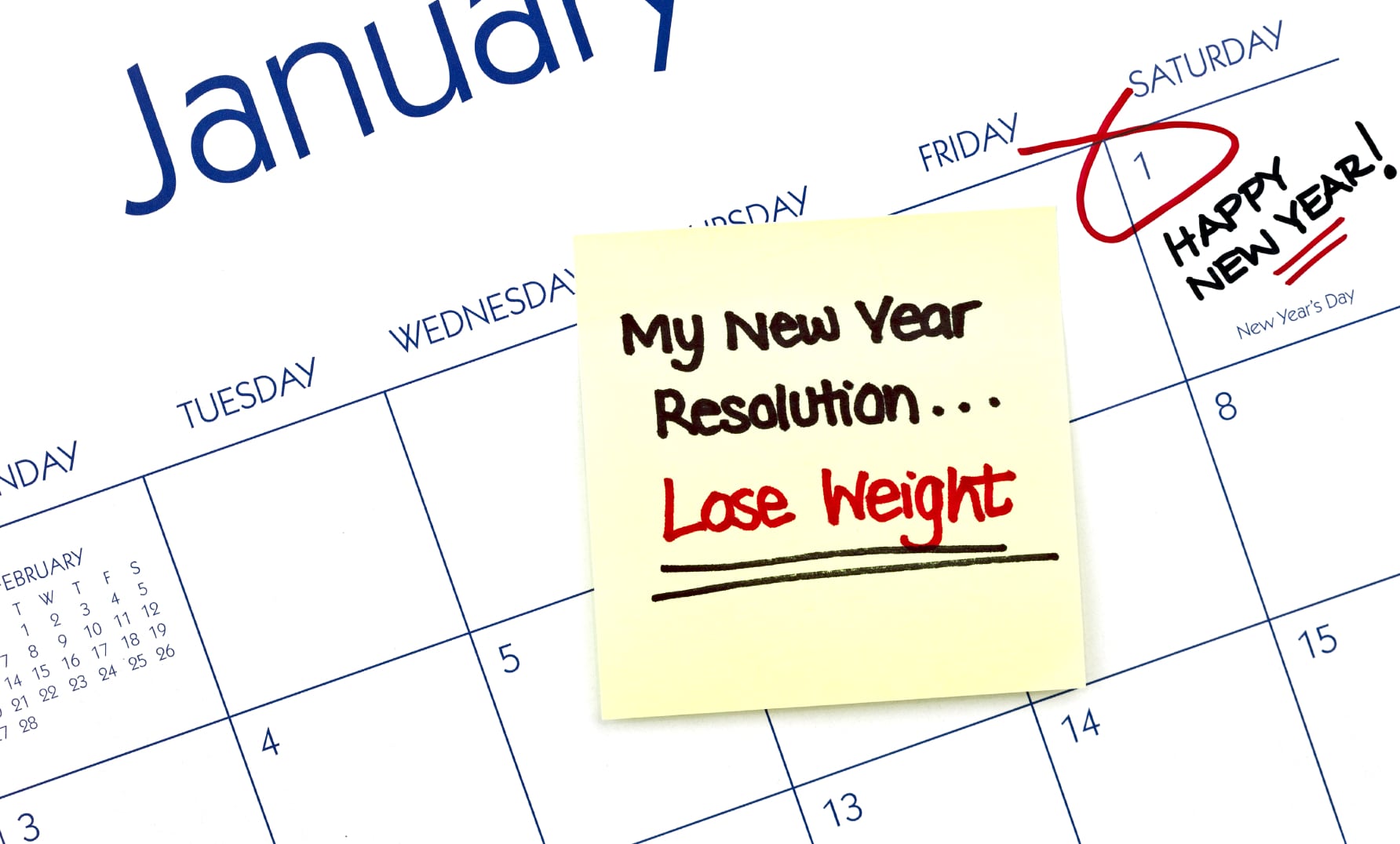 When it comes to dieting, the conventional wisdom holds that losing weight gradually is more sustainable in the long run than fast weight loss. But new results from a long-term clinical trial show that this is just another dieting myth.

Both fast and slow weight loss produced pretty modest results over the long term. But in some respects, the rapid weight-loss regimen tested in the study worked better than its slow-but-steady counterpart, according to a report published by the journal Lancet Diabetes and Endocrinology.

Despite its austerity, the extreme diet worked better for more people than the gradual diet, according to the study. Among the volunteers who made it to the end of the weight-loss portion of the study, 81% of those on the rapid plan lost at least 12.5% of their body weight. For volunteers on the gradual diet, only 62% achieved the same goal.

One of the reasons for this success was that the extreme diet was more tolerable than the gradual one (perhaps because it lasted for only three months instead of nine). Only 3% of those assigned to the rapid weight-loss regimen dropped out of the study, compared with 18% of those in the gradual program.

Many people believe that fast weight loss is unhealthy, but if done correctly, it’s far superior to “slow cutting”…

When it comes to weight loss, we’ve all heard that “slow and steady” is the way to go.

There’s value in this rule of thumb as losing ‘weight’ too quickly means misery, muscle loss, and other maladies, but there’s a kicker:

I want to break down for you why I think losing weight too slowly is a mistake and what you should be going for it instead.

Why Losing Fat Fast is Far Better Than Slow

I have a simple goal when I’m looking to help a patient lose weight:  I want them to lose FAT, not lean body mass almost exclusively and I want it to happen as quickly as possible, which means I have them do everything they can to accelerate fat loss while preserving muscle.

While this may sound like an obvious choice, there’s a school of thought in the world of fitness that advocates a “slow cutting” approach to weight loss. That is, the use of a mild calorie deficit with low-to-moderate amounts of exercise to slowly reduce body fat mass over the course of several months.

The “selling points” of the slow cut mainly revolve around maintaining maximum lean mass, eating more on a day-to-day basis, and doing less exercise (and less cardio, in particular). These positives are often coupled with exaggerated claims about how you’ll burn away all your muscle if you try to be too aggressive with your weight loss.

Well, I strongly disagree with the “slow cutting” approach because it provides only minor benefits but comes with major drawbacks that stem from the physiological changes that occur when you restrict your calories over a long period of time to lose weight.

You see, the longer you remain in a calorie deficit…

This is how “metabolic adaptation,” as it’s called, works: your metabolism adapts to the amount of energy you feed your body with the goal of balancing energy intake with output–a state of homeostasis.

When you restrict your calories and feed your body less energy than it burns, you lose body fat but your metabolism naturally begins slowing down (burning less energy). The longer you remain in a deficit, the more your metabolism slows.

As your metabolism slows down, what do you think you have to do to maintain a deficit and keep losing weight? That’s right–you have to further reduce calorie intake or increase output (exercise). And then, a month or two later, you have to do it again. And again.

This cycle continues until either you reach your goal or your metabolism has slowed down too much and you then have to abandon your pursuit of fat loss and work on speeding it back up.

This isn’t the end of the world…but it’s unnecessary. By being more aggressive with your calorie restriction, you can lose quite a bit more fat without losing muscle or experiencing any additional metabolic slowdown.

If you’ve basically reached your genetic potential in terms of muscle growth, you might not care about that. But if you’re still working on your physique and need to add more muscle to reach your ultimate goal, then this becomes vitally important.

The bottom line is when it comes to building muscle and strength over the long term, you want to spend as little time in a calorie deficit as possible, and “slow cutting” fails in this regard.

Let’s face it: even when you’re dieting properly, staying in a calorie deficit gets old after a while.

Workouts get harder, energy levels can flag, and hunger and cravings can become more frequent, and we have to rely more and more on willpower and discipline to stay the course.

I’ve seen this many times: the longer someone has to fight his or her body’s desire for more food, the more likely he or she is to go astray with bingeing and, ultimately, abandon the mission altogether.

An interesting point about this, as well, is that you can be quite aggressive with your calorie restriction without feeling much different than if you use a mild deficit. Generally speaking it entails a week or two of mild hunger and then smooth sailing.

But Wait…Won’t Rapid Weight Loss Cause You to Lose a Lot of Muscle?

The fact is yes, too large of a calorie deficit will accelerate muscle loss if:

Well, we can thank researchers at the University of Jyväskylä for an answer!  You can read the study here.

This is why I put my patients on a diet that is approximately a caloric deficit of about 25% of their BMR, and the results speak for themselves.

My approach is to utilize the benefits of a very low calorie ketogenic diet at a daily intake of 500-800 calories (about a 25% caloric deficit for the average non-athlete) along with the assistance of HCG to accelerate the rate at which the body taps into fat stores for fuel.  My approach is different than other HCG assisted weight-loss programs in the marketplace, because I take into consideration 3 very important factors that research and studies have identified which slow metabolism and cause people to gain & store fat:  (1) Poor Digestion and Absorption of nutrients from foods, (2) Low Vitamin D levels, (3) Stress on the Adrenal system (actual metabolism issues), while still honoring the basic premises of the Simeon HCG weight loss protocol.

My Program Also Focuses on Your Metabolism and Nutrient Levels

As nutrients become less and less available, the body begins to conserve energy. This results in a change in metabolism due to an over stressed or over taxed Adrenal system. Changes in metabolism, such as the body increasing fat storage, is a process that occurs so the body can survive in times of great stress. This is why exercise and dieting become less effective over time when these issues are not addressed. A person with a metabolic issue can actually cause more problems (slow their BMR, increase fatigue and adrenal stress) by exercising and dieting excessively. Exercise and diet force the body to become even more conservative with these nutrients and fat. This explains why so many people experience even faster and more dramatic weight gain after coming off an exercise program or diet.  Central body fat is metabolically active, meaning your body will store hormones there which then influence your hormone and metabolic function in a negative way.  So, in order to improve metabolic function, you must burn stored central body fat…but since that fat “reacts” to diet and exercise by causing you to store more body fat, it becomes a vicious cycle.

To break this cycle, our program utilizes a sublingual form of the prescription hormone HCG (Human Chorionic Gonadotrophin) which is a fat mobilizer. With the correct diet, HCG helps burn stored central body fat from hips, waist and thighs to be used for fuel.  When you burn fat for fuel, your body produces ketones which gives you energy, feeds the brain, and suppresses the appetite.

HCG is also thought to re-set the hypothalamus, thus re-setting your metabolism, so there is no need to take the hormone long-term. Once you reach your goal weight, its use is discontinued, because once the central body fat is gone, it no longer has any negative influence on your metabolism and no more yo-yoing of your weight.

All aspects of my program are geared toward promoting only fat loss, maintaining muscle mass and improving nutrition.

After 30 days of calorie restriction, you begin the maintenance phase of the diet during which time I teach my patients how to maintain the weight loss and how to adapt lifestyle and dietary changes, while removing the caloric restrictions so that you can maintain your weight loss, healthy habits and good nutrition for your lifetime.

Here’s why my Metabolic Weight Loss Program is the RIGHT program for YOU!

It’s time to stop the battle of the bulge!

Dr. Hoch (pronounced Hoke), is a 1988 Graduate of Peotone High School and a 1990 Graduate of Joliet Junior College. She Received both her B.S. in Human Biology (1991) and her Doctorate of Chiropractic (D.C.) (1993) from The National College of Chiropractic in Lombard, IL. She also received her graduate and post-graduate certifications in Acupuncture from NCC.