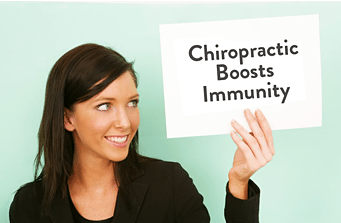 We are constantly inundated with information steering us to get a flu shot, but if you notice, our health agencies are rather silent on the front of how we can naturally prevent the flu. Is that because we can’t naturally prevent it? Of course not, it is just because where there aren’t windfalls of profits to be made, there isn’t propaganda.

I rarely get the flu. When I have, I’ve gotten over it in a matter of a few days and I have never gotten, nor will I ever get the flu shot. So what do I do? Below are my 5 go to steps for better health and immunity.

Ensuring that you (or your children) aren’t deficient in Vitamin D means helping the body stave off the flu.

According to PreventDisease.com, the risk of children suffering from flu can be reduced by 50% if they take vitamin D3, doctors in Japan have found. The finding has implications for flu epidemics since vitamin D, which is naturally produced by the human body when exposed to direct sunlight, has no significant side effects, costs little and can be several times more effective than anti-viral drugs or vaccines according to research in the American Journal of Clinical Nutrition.

While it would seem like sound advice to avoid the sun during the peak sun hours, I do think exposing one’s self to the sun during off hours (think 10am or 5pm) is a good idea. It works for me. I would definitely suggest you consider testing you or your children for deficiencies in this area. A simple blood test can tell how much Vit D you have circulating. Although the test parameters say that anything over 30ng/ml is an adequate level, keeping your levels around 70-80ng/ml is ideal for fighting not only colds and flu, but for preventing cancer and hormonal issues.

Sleep. You love sleeping, right? So make sure you get good quality sleep so that your immune system is prepared to fight off any viruses.

Lack of sleep can affect your immune system. Studies show that people who don’t get quality sleep or enough sleep are more likely to get sick after being exposed to a virus, such as a common cold virus. Lack of sleep can also affect how fast you recover if you do get sick.

Getting good sleep should be the central focus of your health. I can’t really rave enough about the benefits of sleep. Getting good sleep means your body rests, revives, and has energy and more brainpower. Want to help prevent flu? Research how to improve your sleep. IF you are having difficulty sleeping, make sure you are not sabotaging your quality of sleep by following some simple steps.

When you eat a diet full with processed foods and refines sugars, you aren’t doing your body any favors at all. Refined sugars contribute to inflammation. And inflammation contributes to a weakened immune system. Why is it, so you think that the greatest numbers of colds and flus are reported right after Halloween in the US? It’s because we over indulge with sugar and sweet treats.

In addition, you can eat natural things, such as Omega 3 fats (you can buy the oil itself, or just eat some fish). You can eat oranges for Vitamin C. Eat a plant based diet for lots of good healthy vitamin and mineral infusions. This really isn’t rocket science, folks.

Recently antibacterial soaps have been getting a bad rap in the press, and for good reason. Antibacterial products are not selective, meaning, they kill off beneficial bacteria, as well as, bacteria that might make you sick.

Wash your hands, simply and effectively with plain old soap. Rub your hands briskly together to create a friction if you don’t have soap or a lather with soap. The friction is as helpful as the soap is. You don’t need antibacterial soaps or wipes, jut common, natural soap. Something which will serve as a lubricant between your hands. This will help knock off the bacteria which could cause issues.

Washing your hands is an often overlooked part of flu prevention. It is simple, effective and cost hardly anything.

The nervous system and immune system are hardwired and work together to create optimal responses for the body to adapt and heal appropriately. Neural dysfunctions due to spinal misalignments are stressful to the body and cause abnormal changes that lead to a poorly coordinated immune response. Chiropractic adjustments have been shown to boost the coordinated responses of the nervous system and immune system.

Subluxation is the term for misalignments of the spine that cause compression and irritation of nerve pathways affecting organ systems of the body. Subluxations are an example of physical nerve stress that affects neuronal control. According to researchers, such stressful conditions lead to altered measures of immune function & increased susceptibility to a variety of diseases.

Inflammatory based diseases are influenced by both the nervous, endocrine, and immune systems. Nerve stimulation directly affects the growth and function of inflammatory cells. Researchers found that dysfunction in this pathway results in the development of various inflammatory syndromes such as rheumatoid arthritis and behavioral syndromes such as depression. Additionally, this dysfunctional neuro-endo-immune response plays a significant role in immune-compromised conditions such as chronic infections and cancer.

Wellness based chiropractors analyze the spine for subluxations and give corrective adjustments to reduce the stress on the nervous system. A 1992 research group found that when a thoracic adjustment was applied to a subluxated area the white blood cell (neutrophil) count collected rose significantly.

In 1975, Ronald Pero, Ph.D., chief of cancer prevention research at New York’s Preventive Medicine Institute and professor in Environmental Health at New York University, began researching the most scientifically valid ways to estimate individual susceptibility to various chronic diseases. He has conducted a tremendous amount of research in this area that includes over 160 published reports in peer reviewed journals.

Pero and his colleagues discovered that various DNA-repairing enzymes could be significantly altered following exposure to carcinogenic chemicals. He found strong evidence that an individual’s susceptibility to cancer could be determined by these enzymes. Lack of those enzymes, Pero said, ‘definitely limits not only your lifespan, but also your ability to resist serious disease consequences.’

Pero was fascinated by the relationship cancer-inducing agents had on the endocrine system. Since the nervous system regulates hormone balance, he hypothesized that the nervous system had to also have a strong influence on one’s susceptibility to cancer.

To support this argument he found a substantial amount of literature linking various kinds of spinal cord injuries and cancer. Pero found that these injuries led to a very high rate of lymphomas and lymphatic leukemias. This understanding led Pero to consider Chiropractic care as a means of reducing the risk of immune breakdown and disease.

Pero’s team measured 107 individuals who had received long-term Chiropractic care. The chiropractic patients were shown to have a 200% greater immune competence than people who had not received chiropractic care, and a 400% greater immune competence than people with cancer or serious diseases. Interestingly, Pero found no decline with the various age groups in the study demonstrating that the DNA repairing enzymes were just as present in long-term chiropractic senior groups as they were in the younger groups.

Pero concluded, “Chiropractic may optimize whatever genetic abilities you have so that you can fully resist serious disease…I have never seen a group other than this show a 200% increase over normal patients.”

So, you see there are many ways to boost your immune system to ward off the flu.