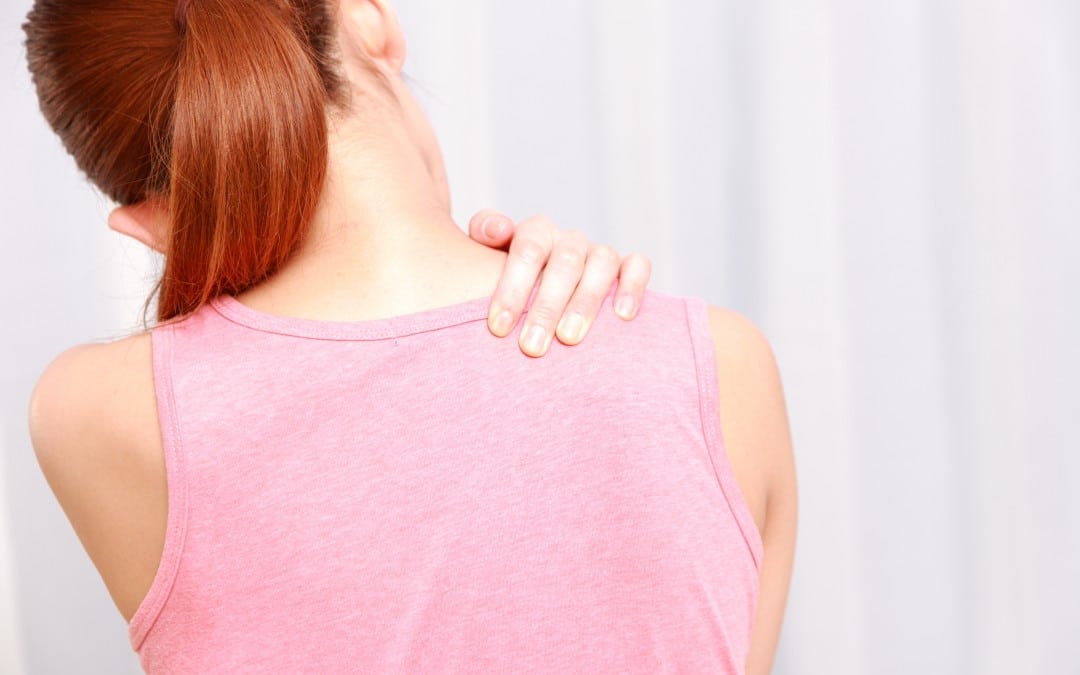 Most of us know the discomfort of tense, “knotted” muscles. But you may not know that you don’t have to live with this pain. I want you to know chiropractic can help.

What are muscular knots?

Muscular tension, spasms or “knots” occur when muscles contract involuntary for a sustained period of time. Technically, localized areas of muscle tension are known as myofascial trigger points. These bundles of muscular tension have altered circulation and nervous system activity. Traditionally, scientist believed that these areas endured excessive nerve impulses, causing the over-stimulated muscle in remaining contracted; however, new research suggests that the opposite may hold true. Muscular knots may actually suffer from impaired nerve flow or under-stimulation which inhibits nerve signals telling these muscle fibers to relax.

Tight muscles come about by a variety of avenues. While acute cases of muscle soreness may result from a recent injury, long-term (chronic) trigger points evolve from inadequate healing of a past injuries, repetitive activities such as desk or computer work, sports, or even emotional stress, lack of sleep and/or dehydration.

Muscle tension is also nearly always tied with poor poster and misaligned spine. Specifically, myofascial pain is associated with a common condition called vertebral subluxation, which occurs when spinal bones (vertebrae) are restricted in their movement in in poor alignment.

Chiropractic adjustments are gentle, safe, hands on maneuvers which I use to correct vertebral subluxations in patients’ spines. Researchers explain that chiropractic adjustments quell muscle tension by two primary pathways: (1) by restoring the spine to proper alignment and motion and (2) by instigating nerve impulses that prompt muscles to relax.

Muscles fasten to bones via tendons and when spinal bones are out of alignment, they pull connecting muscles out of their proper position, causing imbalance and muscle tension. Dr. Hoch finds the areas of subluxation and restores the spine to optimal alignment with chiropractic adjustments.

In addition, spinal bones (vertebrae) stack one on top of another to form the spinal column. Inside this column is a hollow canal through which the spinal cord flows. The spinal cord – along with the brain to which it attaches – makes up the central nervous system. Nerves enter and exit the spinal column through openings between vertebrae and travel to the structures throughout the body.

Subluxations and dysfunction in spinal alignment or movement may interfere with impulses transmitted by these nerves. Because muscles readily produce pain, we feel the results of altered nerve flow to muscles. But, what’s frightening to imagine is how dysfunctional nerve impulses may be affecting other structures to which they connect – such as organs – that do not readily produce pain. Did you know that only 18% of all of your 300 trillion nerves actually perceive and transmit pain signals? The remaining 82% do not transmit pain impulses. This means you can have subluxations interfering with nerve flow and organ function and not even know it.

Don’t Take My Word For It

Still skeptical that chiropractic adjustments alleviate muscle tension? Don’t take my word for it. Review the following scientific research and arrive at your own conclusion.

A new experiment in cats demonstrates that chiropractic adjustments do indeed alter nerve impulses to muscles. While the cats were under anesthesia, researchers attached special instruments to a nerve root at a spinal segment in the lower spine. This allowed scientists to monitor the activity of the nerves, which send information to the muscles on either side of the spine (paraspinal muscles).

The researchers then applied pressure to the spinal segments. When the pressure reached a point where it mimicked chiropractic adjustments, the investigators noticed “abrupt changes in neural discharge.” “These changes could comprise part of the mechanism contributing to this intervention’s physiologic effects,” commented the study’s authors (Spine 2005;115-22)

In one hot-off-the-presses experiment involving 16 people, researchers placed electrodes over knots in muscles on the sides of the spine (paraspinal muscles). The participants then received chiropractic adjustments (J Manipulative Physio Ther 2005;28:465-71).

The electrodes measured muscular tension before and after the adjustments using technology called electromyography (EMG). Findings showed that “electromyographic activity decreased by at least 25 percent after treatment in 24 of the 31 sites that were monitored.”

The study’s authors write: “The results of this study indicate that [chiropractic adjustments] induces a virtually immediate change…in resting EMG levels in at least some patients with low back pain and tight paraspinal muscle bundles.” (J Manipulative Physiol Ther 2000;23:585-95).

Not Just the Back

Chiropractic adjustment to the spine may help relieve muscle tension in the limbs as well, according to one analysis of 27 people. The study participants suffered from a type of knee pain that is caused by inhibited thigh muscles. Researchers randomly assigned the patients to either a chiropractic group received adjustments to the sacral bone at the base of the spine, as well as to the hip bones on either side of the sacrum.

Researchers noted a 7.5 percent drop in knee muscular inhibition in the chiropractic cohort, but not in the control group (J Manipulative Physiol Ther 200;23:76-80).

A similar study conducted at the University of Calgary in Alberta, Canada looked at 18 patients with knee pain associated with inhibition of the quadriceps muscles in the front of the thigh. After receiving chiropractic adjustments to the hip area, the patients underwent a variety of tests that indicated a significant drop in muscular inhibition in the painful leg (J Manipulative Physiol Ther 1999;22:149-53).

Chiropractic is a unique approach to healing because doctors of chiropractic know that he body functions as a whole, rather than as a set of isolated parts. When caring for patients with muscle pain, I don’t just focus on the site of the pain, I also search for the underlying causes of discomfort. In the case of muscle pain, that cause of muscle pain that cause often resides in the spine in the form of vertebral subluxations: The muscles are attached to the bones. If the bone are out of alignment, there may be too much or too little tension on the muscles. In the same token, if the root injury is muscle spasm, the tight muscles can pull the bones out of alignment. It becomes a “chicken or the egg” dilemma, which is easily resolved if I simply address both the bony and muscular component of the problem.

FYI: Correcting vertebral subluxations may do far more than merely drive away pain. Because these dysfunctional spinal segments may interfere with nerve flow to organs as well, chiropractic addresses the obvious – and hidden – manifestations of spinal misalignment and can result in overall better health.