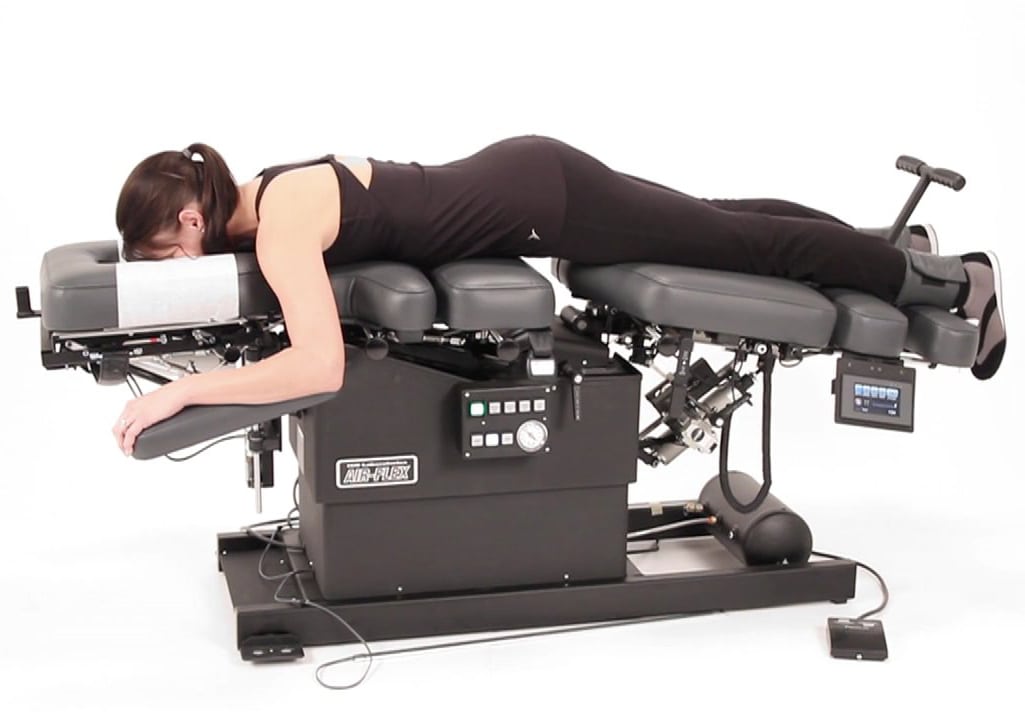 Flexion-Distraction, a Chiropractic Technique is Deemed Superior to Spinal Decompression to Reduce Pressure in Injured and Bulging Spinal Discs

Traction, as a treatment, has been used for centuries in an attempt to relieve radiculopathy and pain.  Seated, standing, supine, mechanical, manual; there are a vast variety of options when performing traction on a vertebral region.

Nearly every primary care physician and orthopedist refer daily to physical therapy for some form of traction.  They refer for traction because they are attempting to decrease intradiscal pressure.  What many of them don’t know is that a chiropractic technique called flexion-distraction is a far superior treatment choice.  It is our responsibility, as chiropractors, to promote and emphasize the effectiveness and safety of this treatment.

I have been using Flexion-Distraction technique for the past 23 years, since I was a student doctor back in Chiropractic College.  I have found flexion-distraction technique to be invaluable in treating my patients suffering from herniated or bulged discs.  Using this conservative technique along with physiotherapies, I have found that my patients recover much faster than those who receive traditional chiropractic adjustments or spinal decompression alone.

If you have been suffering with pain due to a herniated disc, call my office and schedule an evaluation to see if you are a candidate to receive flexion-distraction technique.  You could be nearly pain free and back to physical activity in as little as 6 weeks!  (239) 243-8735.