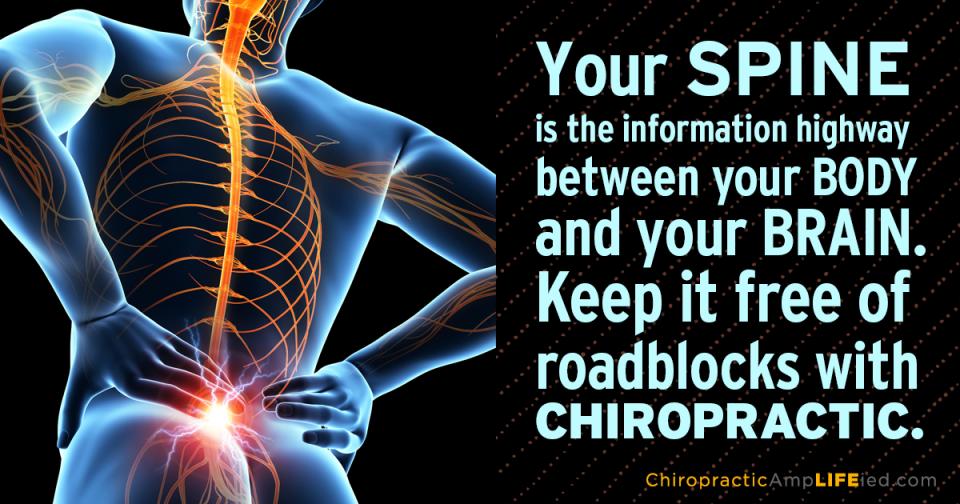 Instead of covering up pain with potentially harmful medication, chiropractic addresses the underlying cause of pain disorders, such as headaches, low-back pain, and sports injuries. Quite often these conditions are linked to dysfunctional areas in the spine, known as vertebral subluxations where movement is restricted or spinal bones (vertebrae) are misaligned. I correct vertebral subluxations with gentle, safe maneuvers known as chiropractic adjustments.

Chiropractic is not just for pain – far from it. A growing body of research indicates that chiropractic adjustments may word off a vast array of conditions. Disorders that may be helped by chiropractic infantile colic, ear infections, and behavioral problems to PMS, high blood pressure and Parkinson’s disease.

How might chiropractic prevent so many ailments? Researchers found that vertebral subluxations affect the nervous systems function. Along with the brain, the spinal cord is the main component of the central nervous system, which controls nervous system functioning throughout body and supplies nerves for all of the body’s structures and organs. Research indicates that dysfunctions in the spine may inhibit this delicate balance in turn triggering a myriad of health problems. 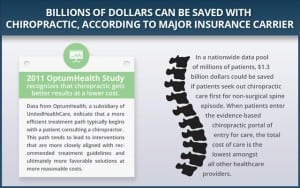 Chiropractic care elevates productivity at both work and play.

Unremitting LBP can lead to work absence and higher medical costs: the focus of a study published earlier this year.

In a review of 250 employee’s receiving worker’s compensation for LBP – 72 of whom had no physically therapeutic care – patients receiving spinal manipulation experienced greater reductions in pain and disability. This translates to lower therapeutic costs and a faster return to work. (Spinal Journal 2006; 6:289-95.)

#7 Chiropractic May Make You Smarter

Mapping of brain activity before and after chiropractic adjustments of the cervical spine revels that chiropractic care stimulates cognitive function.

In a study involving 500 adult volunteers, researchers used cutting edge technology to create maps of functioning in the cortical (exterior) portions of the brain before and after chiropractic adjustments of the cervical spine. Researchers found that “cervical manipulation activates specific neurological pathways” in the brain, potentially stimulating cognitive function (J Manipulative Physiol Ther 1997; 20:529)

Cervical manipulations also enhances response mechanisms in the brain, according to researchers in New Zealand who conducted a study involving 30 volunteers: all with evidence of cervical spinal joint dysfunction. Instead of cortical mapping, the researchers used reaction time to various stimulation as a gauge.

Scientific research reveals that regularly scheduled chiropractic care may boost the body’s immune response. And a powerful immune system is a key component of chiropractic’s all natural preventative strategy.

Chiropractic care slashed stress by allowing the body to achieve balance. In addition, chiropractic helps keep patients free of physical impediments to regular exercise, which is key to busting stress and preventing stress-related anxiety and depression.

And, while chiropractors do not treat depression, preliminary research demonstrates that chiropractic adjustments may ease depressive symptoms. “It has been long speculated that chiropractic interventions may affect mental health problems,” note researchers.

To test this hypothesis, investigators followed 15 adults who were both clinically depressed and had a vertebral subluxation of their upper neck.

Before and after receiving a chiropractic adjustment, the subjects completed a standard assessment for depression call the Beck Depression Inventory IL

New patients frequently find that chiropractic care jumpstarts them toward a more wellness-oriented lifestyle. For instance, many chiropractic patients report increased motivation and ability to adhere to a regular exercise program. 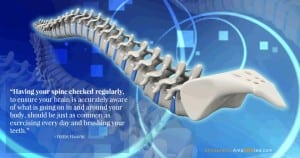 Individuals who maintain regular chiropractic care are far less likely to overuse or misuse medication, which may have hazardous side effects.

MOH is a relatively new term for long-standing, “unnamed” and largely unrecognized condition caused by taking pain killers – daily or on a regular basis – for migraines or other headaches. Sadly, this condition is common. About 1 in every 50 people develops this problem at some point.

Chiropractic patients often enjoy improved sleep quality. This is due to a reduction in pain and anxiety, which often interfere with sleep. Improved sleep enhances immunity, in turn fighting disease.

And, exciting preliminary research links insomnia with vertebral subluxations, which may be corrected with chiropractic care.

The study pooled data on 221 patients being cared for by 15 chiropractors. According to the finding, “one third of the 154 who completed the semi-structured interview reported their sleep pattern was changed immediately after their chiropractic adjustment. All but one of these 52 patients reported improvement.” In the 20 patients with insomnia, improved sleep was noted in the six days following the chiropractic adjustment. However, no consistent trends were noted on the days and weeks following care, so additional research is necessary before a firm link may be established. (J Manipulative Physiol Ther 2005; 28:179)

Regular chiropractic care empowers patients with what doctors of chiropractic call “health-esteem.” Patients learn to take charge of their own wellbeing in a way that catapults them to optimal health, increased longevity and heightened quality of life. I think this occurs because I like to talk it out with my patients, rather than just handing them instructions.  I want my patients to understand why proper sleeping posture is important in relation to their particular health challenges, or how getting enough water in a day improves spinal disc function.  The more you know, they better choices you can make.

If you don’t yet have a Chiropractor, just call (239) 243-8735 to get started.  Allow me the time to assess your health, your spine, your diet and get you on your path to better health!

2 thoughts on “Top 10 Ways Chiropractic Can Improve Your Life”